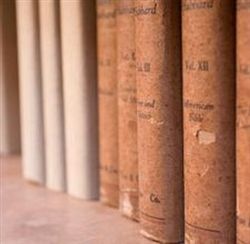 The seeds of Mountrath Golf Club were sewn when fifteen people – mainly Doctors, Priests, Bankers and Businessmen met on October 23rd, 1929 in the old cinema hall in Mountrath. From this group a Committee was set up to form the club and organize playing facilities; and so Mountrath Golf Club took shape. The trustees of the Club approached James Conroy, Forest, Mountrath and rented part of his 520 acre estate. On 31st October 1929. 65 acres were rented for one year for a payment of £35. An old two-storey house on the land was to be used as the Clubhouse.

In 1932, the Club was affiliated to the Golfing Union of Ireland. In the mid 1930’s a modest lean-to (a galvanized structure) was added to the old house and the Club was licensed and registered. The Club continued to rent the land from James Conroy on a yearly Agreement and for the same rent (£35). In 1941, when James Conroy died, the estate was bought by Robert Clegg for £4,500. A new Landlord meant a new Agreement had to be drawn up. The Club had to surrender one field (which contained one hole) and had to pay an increased rent of £60 per year, and the landlord had the right to graze sheep. Thus from 1943, the Club had only eight holes and remained so until a new green was constructed in 1946, reverting to a 9 hole course. In 1945, a new agreement was made involving an increase in rent and the Landlord would now be grazing cattle on the course. Each green now had to be fenced in securely with barbed wire and remained so until 1967.

The years between 1946 and 1967 were very difficult for the Club. Money was scarce, membership was small and the presence of cattle led to a deterioration in the condition of the Course. A general malaise had crept into the Club and in October, 1965 a Special General Meeting was held to decide on the future of the Club and to consider whether to wind up the Club or to make one final effort to continue. The members rallied refusing to allow almost 40 years of the Club to come to an end. A meeting was held with the landlord and resulted in the cattle being removed and allowing sheep to graze with a substantial increase in rent. This was the turning point for the Club. Gradually membership increased, the course improved and upgrades could be made to the Clubhouse.

In 1973, the Club won the Barton Cup; one of the most coveted trophies in Inter-Club golf in Ireland and, in the process, defeated Clubs who were many times bigger and had much better facilities. This was a huge boost, and gave the Club a high public profile. In 1974 the Clubhouse was renovated and the first Open Week was held. In 1977 the Club took the first steps towards seeking a Sporting Lease which was eventually agreed in 1980. The Club now held a 99 year Lease with the rent fixed for 25 years. This was a milestone in the history of the Club.

During the 1980,s each year brought progress and improvements. In 1985 more major renovations and extensions were carried out. In 1990 the first approaches were made to the De La Salle Order, Castletown with a view to purchasing some of their land and extending the Course to 18 holes. In 1991 a deal was agreed and 66 acres were purchased for £166,000. In 1992 development commenced on constructing 9 new holes, costing in excess of £200,000. The Club borrowed money to buy the land but paid for the development by fund-raising and from club surpluses. In 1994 the new 9 holes were opened. Mountrath was now a fully fledged 18 hole course – a far cry from the dark days of the mid 1960’s. As this work was in progress, the Club also held negotiations with Mr. Willie Clegg – owner of the “old” 9 hole land. A deal was agreed and the land (58 acres) was bought for £115,000. A further bank loan was secured with both loans rolled into one to be repaid over 15 years. (By 2010). 2004 will see that loan fully paid off six years ahead of time.

In 1996 Mountrath Golf Club again won the coveted Barton Cup – a fitting climax to six years of development and improvements. During this period, little attention was paid to the Clubhouse. In 1997 the Committee embarked on a project of Clubhouse renovations and the provision of new car-park. Costing £150,000 which was paid from Club revenue without the need to borrow. It was anticipated that this would be adequate for 10 years when the Club would consider the whole question of the Clubhouse of the future.

In 2004 on the 75th Anniversary of the founding of Mountrath Club the Committee of Management embarked on plans for a fitting Club House which would complement our now excellent course. This has come to fruition in the spring of 2007 with the opening of the new club-house. Mountrath Golf Club now has a state of the art clubhouse which blends harmoniously with its surroundings. Future plans include the improvement the playing facilities. 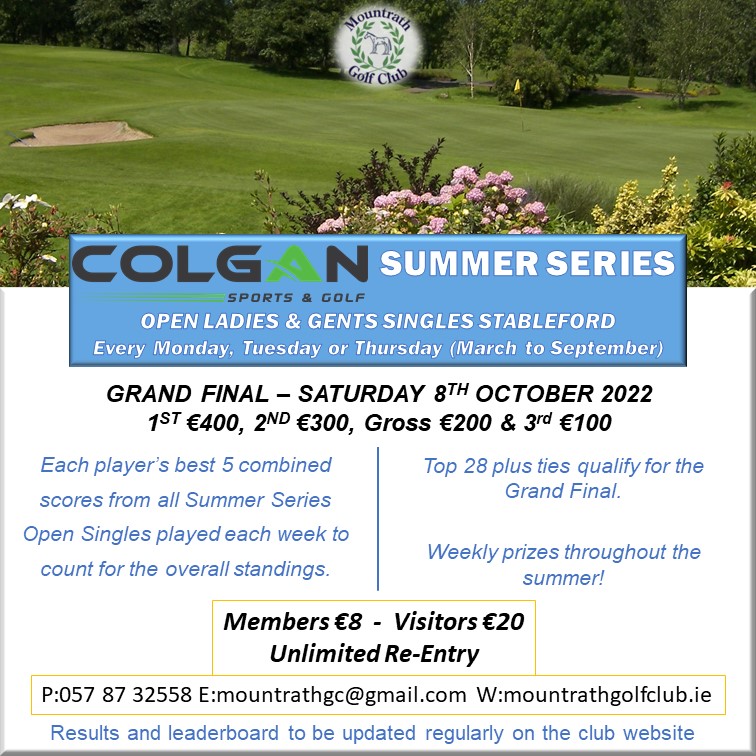